The Most Renowned Crucifixion Painting

by Doug Colmar
in Uncategorized
0

Even today, some cross paintings are created to “tell the crucifixion story,” while others are used to convey a message or emotion or enhance a Christian’s devotion.

During the Renaissance and Baroque periods, crucifixion scenes were famous because painters such as Rembrandt van Rijn often depicted the crucifixion scene in such a way that people of that era were made part of the theme.

Rembrandt van Rijn’s “Raising of the Cross” is such a painting, and in this article, we’ll discuss aspects of his artwork in more detail. It is one of the best-known crucifixion paintings.

In order to understand the Rembrandt painting, which is an integral part of Jesus on the cross art history, we’ll first have a brief look at the history of crucifixion paintings.

Generally, in the Western art tradition, painters start depicting a historical event relatively soon after it has taken place. For instance, the numerous paintings of scenes from the Napoleonic wars are a good example.

However, artists only started using the crucifixion of Christ as a theme for their paintings centuries after the event. There are various reasons for this. In Roman times, crucifixion was a form of capital punishment for criminals.

Therefore, the early Christian Church didn’t use images of the crucifixion of Jesus because any depiction of the scene would indicate that Jesus had died as a criminal.

During Roman times, Christianity was forbidden, and the lamb of Christ symbolically represented the crucifixion.

Even later, after Constantine the Great had allowed Christians to practice their religion freely, rarely any “Jesus on the Cross” paintings were created. In the majority of paintings, the cross was still depicted without the figure of Christ.

First Historical Crucifixion Paintings with Christ on the Cross

When artists started to use the crucifixion as a theme, nobody else but Christ on the cross was included in the painting. The reason was that the artworks were used as a focus for prayer. It was not meant to be a picture of the crucifixion scene. 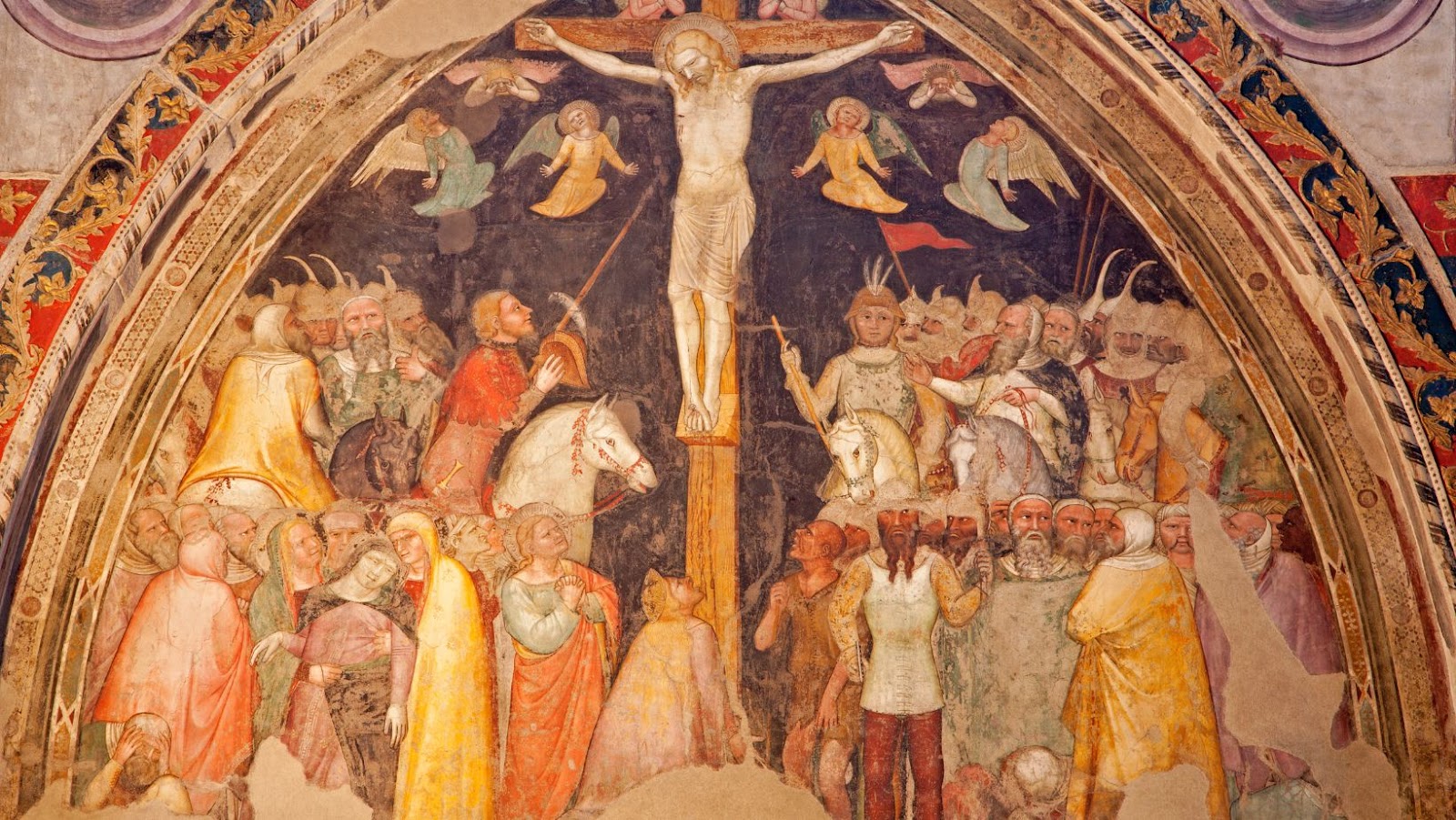 During the Renaissance period, the artists added other people to the scene because the other people helped to tell the story.

The people shown were usually one or more of the following figures: the Virgin Mary, St John the Evangelist, the Roman centurion, the two thieves, the sponge-bearer, and the soldiers casting lots.

During the early centuries, when Christ was depicted on the cross, he was shown with a Royal Crown and looking straight forward. In the 11th century, the style started to change. The head of Christ on the cross fell on one shoulder, and he was depicted with a crown of thorns.

Rembrandt van Rijn’s “Raising of the Cross” by The Assignment

“The Raising of the Cross” was one of five paintings Constantijn Huygens commissioned Rembrandt to do. Huygens was one of the senior administrators of the Prince of Orange. The commission was to make a series of paintings about the crucifixion of Jesus.

The idea was to create small versions of Rubens’ altarpieces. But when Rembrandt produced the pieces, they told the story of Jesus’ crucifixion and resurrection. So Rembrandt tried to establish himself as a religious painter with a series of paintings.

But unfortunately, the paintings were not well received at the time. Art historians believe that the poor reception of the works was because Rembrandt was not using his typical painting style but instead was trying to copy Rubens’ narrative and figurative style.

Rembrandt van Rijn’s “Raising of the Cross” by The Painting

In “The Raising of the Cross,” the cross forms a diagonal form in the middle of the composition as it is being raised. For this work, Rembrandt changed his usual depiction of people.

His “normal” style was to show people being seated in a very steady, formal, and upright position. In this painting, there are movements, and the characters interact.

According to Rembrandt’s depiction, Jesus is nailed to the cross with his arms wide open. He has a white piece of material around his waist and a crown of thorns on his head. The paper with inscriptions is on top. 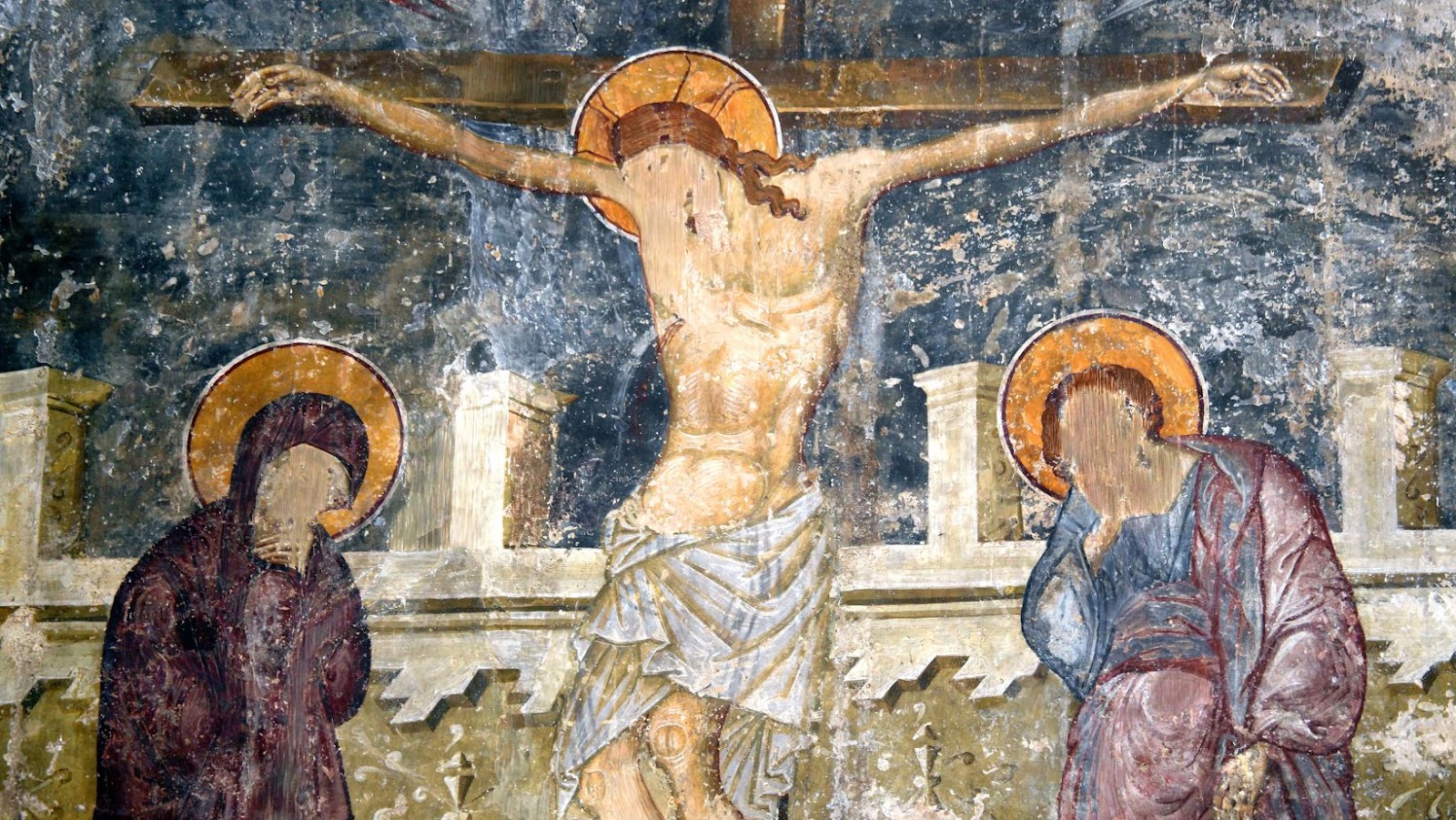 This is the classical way of depicting the crucifixion scene. In this painting, Rembrandt mixed the narrative style of the religious paintings of the time with classical Baroque elements. One of the elements is the contrast between light and darkness.

Although there are several characters in the scene, many fade into the background, three of them, however, stand out.

The commander is standing with oriental vests and a white turban, and two men clothed in Renaissance-era clothes are raising the cross. The light shining onto the scene represents Jesus’ connection to God.

The commander who is overseeing the event resembles self-portraits by Rembrandt. It was not unusual for an artist in that era to include him or herself in the picture.

According to art scholars, this crucifixion scene where men are struggling to get the cross vertically is also a visual metaphor for Rembrandt’s struggle to create some of his paintings.

What distinguished Rembrandt from his contemporaries was his painting technique. He had used an “impasto” technique about 100 years before the word was used in the art world.

Rembrandt used a thick paint technique like impasto, which clearly showed the brushstrokes and the marks of the painter’s knife.

He utilized the viscosity and slow drying time of oil paint to work in this way. The thick, rough surfaces of the paint created a relief on the canvas. It also reflected light and shadows.

In the 1630s, when he created “Raising of the Cross,” Rembrandt’s technique was influenced by the painter Caravaggio‘s use of light and shade. It was a technique known as chiaroscuro.

Rembrandt used all those techniques to develop a new way of bringing faces “to life” with patterns of light and shade.