The Importance of Elliott Waves to Predict Stock Market Prices

by Doug Colmar
in Trading Days
0

Ralph Nelson Elliott, a stock market analyst, developed the Elliott Wave theory in the 1920s and In the 1930s, believing that markets had a more standard structure than the chaotic appearance perceived by most other analysts at the time. Despite disagreements over the usefulness of his methodology, his work on cycles and waves remains one of the most common tools for technical analysts to monitor financial markets.

The psychological aspect of trading may frequently produce waves rather than simply straight lines, and these waves are a crucial characteristic of Elliot’s theory. The theory focuses on waves as the primary form observed in markets, with the fractal structure of his waves demonstrating that the same patterns can be seen in both short-term and long-term charts. Given that Elliott noticed the same patterns again, he proposed this as a viable technique for forecasting future price fluctuations.

The market moves in waves.

According to the Elliott Wave Theory, stock price fluctuations may be reliably anticipated by researching price history, as markets move in wave-like patterns influenced by investor mood. The movements are repeated and rhythmic, much like the ocean waves. Furthermore, the wave designs are not thought to be definite to occur in the markets; instead, they present a possible a scenario of stock price behavior.

Elliott developed comprehensive stock market projections based on the wave patterns&#39; predictable qualities. An impulse wave has five waves in its relationships and patterns because its net goes in the same direction as the broader trend. In contrast, a corrective wave net goes in the opposite direction of the primary movement. On a smaller scale, five waves may be detected inside each impulsive wave.

This pattern continues indefinitely at ever-smaller sizes. Elliott discovered this fractal pattern in

financial markets in the 1930s, but it took decades for scientists to detect and scientifically show 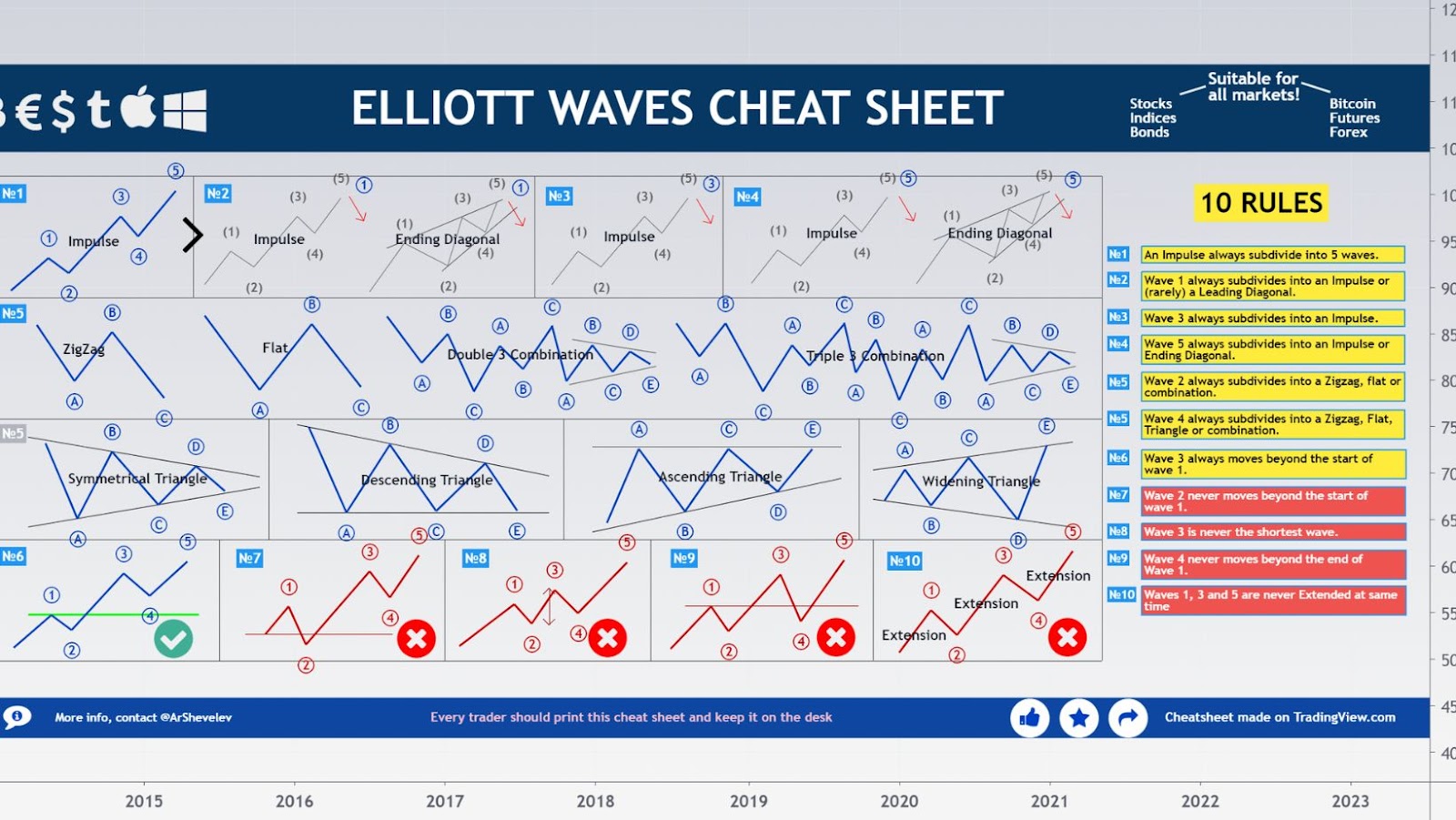 The Advantages of trading with Elliott Wave

Elliott Wave theory is multi-functional, and It applies to all markets and timeframes. The theory’s core is based on biological psychology, which gives more proof to the view. In addition, the approach allows for predicting the market both in the direction of price movement and its actual duration. Forecasts can be made for both short-term and long-term sets of periods.

The availability of professional tools guides the traders in wave breakdowns and computation on the chart.

Elliott Wave Theory is a basic yet efficient approach for gaining significant insights into trend dynamics and comprehending broad price movements. Knowing when and how the market will repeat itself allows investors to make more educated investing decisions. However, it is recommended that you apply the theory in association with other technical indicators to reduce false signals.